Since the ancient Maya have been added to the Key Stage 2 national curriculum for History (non-European Study) in the UK, there’s been a ‘mushrooming’ of online resources covering the topic, most of which are downright awful!

After the recent flawed news story about a teenager finding a Maya site, I thought it an apt moment to let both teachers who are teaching the Maya and the general public know what they need to be looking out for to confirm a resource’s unreliability.

All Maya specialists – and for that matter, all non-specialists who’ve read a book or two on the ancient Maya, know that the right word is Maya.

The only time you should use the adjective ‘Mayan’ is when you are talking about their languages, the ‘Mayan languages’.

So, if you see ‘Mayan people’, ‘Mayan pyramids, ‘Mayan art’, ‘Mayan civilisation’, etc., on a publication (website or magazine), you can be sure the person who wrote the article doesn’t know a thing about the ancient Maya.

2. The image of the Aztec calendar stone is presented as the Maya calendar

Unscrupulous sources will use the ‘Sun Stone’ to illustrate texts about the Maya calendar.

Unfortunately, the famous sculpture is Aztec, not Maya.

Using the ‘Sun Stone’ to talk about Maya calendar system is like using photos of the Elizabeth Tower at Westminster (AKA ‘Big Ben’), which was completed in 1859, to illustrate time keeping in ancient Rome!

And yes I have even seen this image adorning the front cover of books on the Maya! Beware! 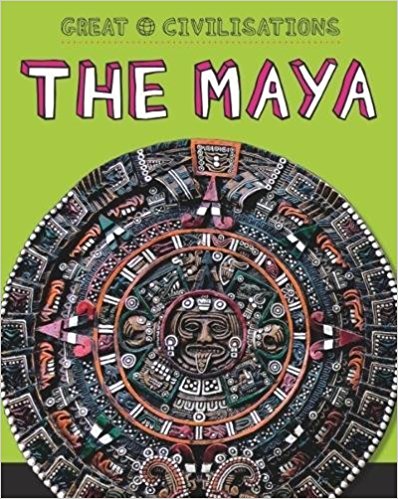 This leads nicely onto point 3-

3. The Maya are identified as the Aztecs 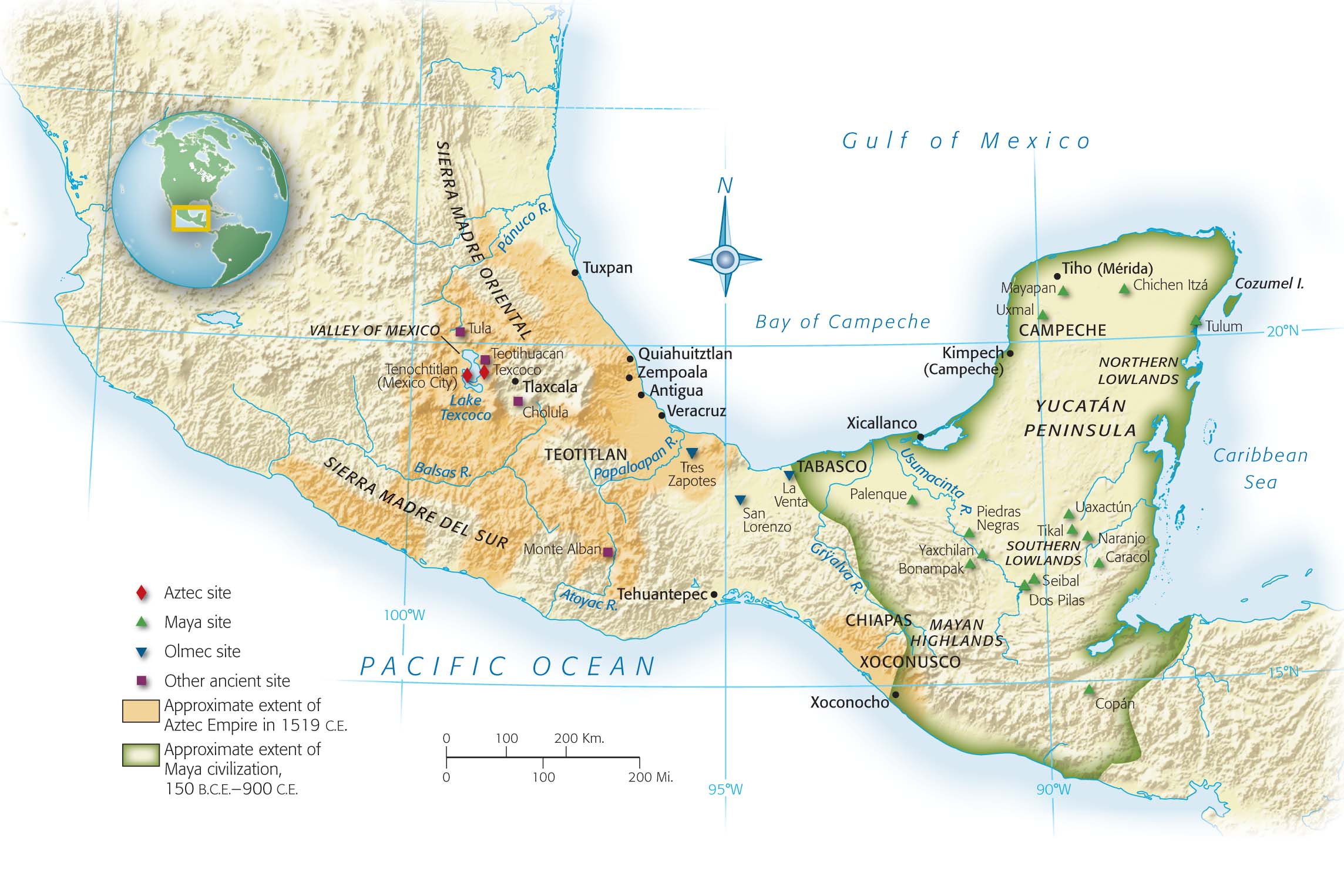 This confusion is very common, but the truth is the Aztecs were very different to the Maya. They spoke a different language and had a different writing system.

Also, the Maya civilisation began at least 1500 years before the Aztecs.

The Aztec capital of Tenochtitlan is as far away from the great Maya site of Tikal as London is from Milan, Italy!

Stating the Maya were the same as the Aztecs, is basically saying that all Europeans are the same, having the same language, culture and beliefs…

Would you like to see an image of Stonehenge on the front cover of a book on the French? I think not!

Then we get the Egyptians….

4. Maya pyramids are said to be similar to Egyptian pyramids I am afraid not!

Firstly, the ancient Maya and ancient Egyptians lived during different time periods. The time of pyramid building in Egypt was around 2000 years earlier than the earliest Maya pyramid.

Secondly, Egyptian pyramids have a different shape and function to those of the Maya.

Maya pyramids are not actually pyramidal! They have a polygonal base, but their four faces do not meet at a common point like Egyptian pyramids. Maya pyramids were flat and often had a small room built on top.

Pyramids in Egypt were used as tombs for the dead rulers, for the Maya though, the pyramids were mainly used for ceremonies carried out on top and watched from below.

Lastly, they were built differently. Maya pyramids were built in layers; each generation would build a bigger structure over the previous one. Egyptian pyramids, on the other hand, were designed and built as a single edifice.

5. It is claimed that the Maya mysteriously disappeared in the 10th century AD

Uninformed sources talk about the ‘mysterious’ disappearance of the ancient Maya around the 10th century AD., which mislead people to think that the Maya disappeared forever….

Firstly, the Maya did not disappear. Around 8 million Maya are still living today in various countries of Central America (Mexico, Guatemala, Belize, El Salvador and Honduras); in fact half of the population of Guatemala is Maya.

Although they do not build pyramids like the ancient Maya did, modern Maya still wear similar dress, follow similar rituals and some use the ancient Maya calendar. I am sure they would all like to assure you that they have definitely not disappeared!

We know now that what is called the ‘Classic Maya Collapse’  was actually a slow breakdown, followed by a reconstruction, of a number of political, economical and cultural structures in the Maya society.

Archaeologists see cities being abandoned over the course of the 9th, 10th and 11th centuries, and people travelling north into the Yucatan Peninsula (Mexico) building new great cities such as Mayapan, which was occupied up until the 15th century.

Secondly, there was nothing mysterious about it! A number of associated factors were at play.

There was a severe drought in the rainforest area that lasted decades, so people moved north where water sources were more easily available. The competition between warring factions and cities for natural resources led to increased warfare, which in turn, led to the breakdown of trade networks.

All this was likely exacerbated by political and economical changes in Central Mexico.

So, very much like the French did not disappear after the French Revolution, although they stopped building castles and some big political, economical and cultural changes occurred in the French society, the Maya did not mysteriously disappear around the 10th century.

6. The Maya are portrayed as blood-thirsty sacrifice-loving psychos 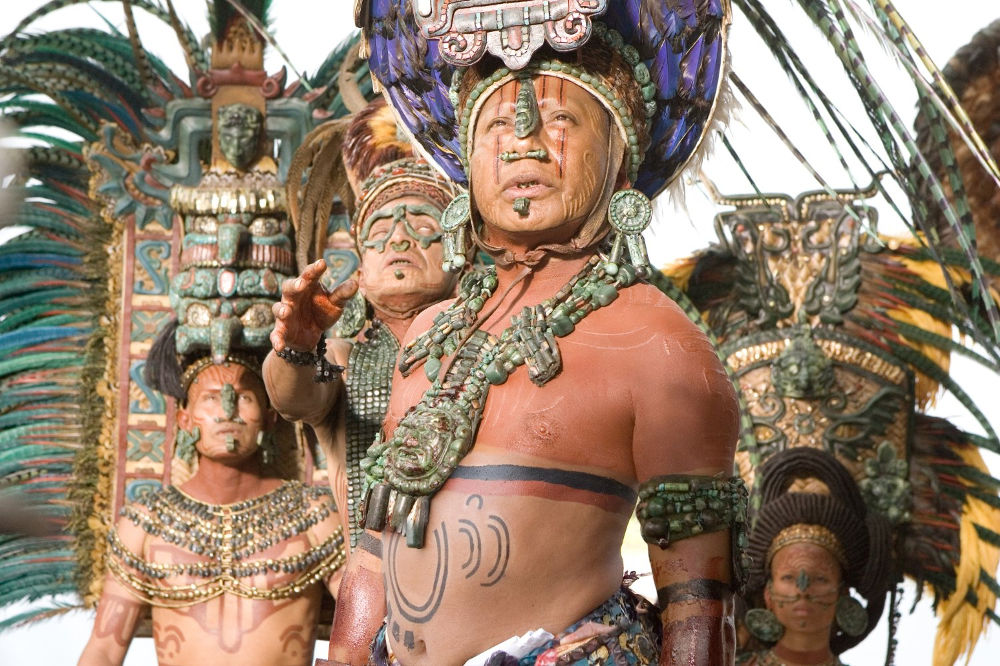 The Maya are often portrayed in the media and popular culture as blood-thirsty (see for example Mel Gibson’s 2006 Apocalypto), so the commonly accepted -and oft-repeated- idea is that the Maya carried out lots of sacrifices.

Actually, there is barely any trace of sacrifice in the archaeological record of the Maya area. The rare evidence comes from pictorial representations on ceramics and sculpture.

Warfare amongst the Maya was actually much less bloody than ours and no, they did not use a real skull as a ball in their ballgame! And no, the loser was not put to death!

In warfare, they did capture and kill opponents, but it was on a small-scale. Rulers boasted of being “He of five captives” or “He of the three captives”.

The heart sacrifices that were recorded by the Spanish chroniclers were those of the Aztecs.

It is also important to keep in mind that the Spanish Conquistadors had lots of incentives to describe the indigenous people of the Americas as blood-thirsty savages.

It made conquest and enslavement easier to justify (see the Valladolid Debate) so many stories were exaggerated.

And who are we to judge when we used to have public spectacles of people being hanged or having their heads chopped off and placed on spikes on London Bridge!

7. The ancient Maya predicted that the world would end on 21 December 2012 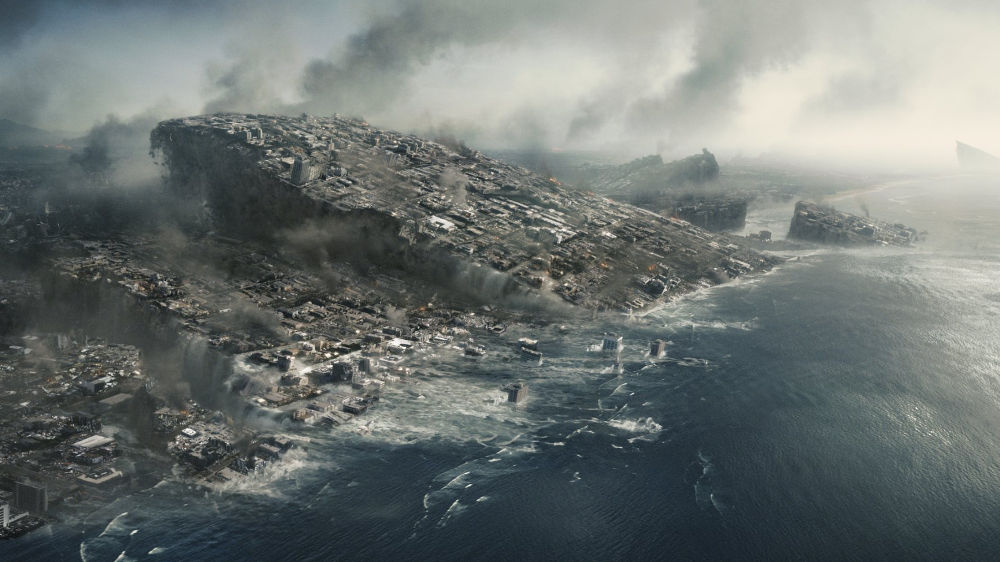 The 2012 phenomenon was a range of beliefs that cataclysmic events would trigger then end of our world on December 21st.

This date was regarded as the end-date of approximately a 5,125-year-long cycle in the Maya Long Count calendar and it was said that the ancient Maya had prophesied the event.

This is not true and all Maya people today and Maya specialists know this!

Very much like on 31st December 1999 people in the Christian world celebrated the end of a century and of a millennium (although technically it was ending only on 31 December 2000), on 21st December 2012 a great cycle of the Maya Long Count -the 13th b’ak’tun– was to end. A b’ak’tun is the equivalent of 394 years.

Only two Maya monuments –Tortuguero Monument 6 and La Corona Hieroglyphic Stairway 12– mention the end of the 13th b’ak’tun. None of them contains any speculation or prophecy as to what would happen at that time.

While the end of the 13th b’ak’tun would perhaps be a cause for celebration, the next day the Maya believed that a new cycle -the 14th b’ak’tun- would begin, much like our New Year’s Eve.

In fact, in the temple of Inscriptions at Palenque, where we find the tomb of King Pakal, it was written that in AD 4772 the people would be celebrating the anniversary of the coronation of their new King Pakal!

8. The Maya are described as primitive people 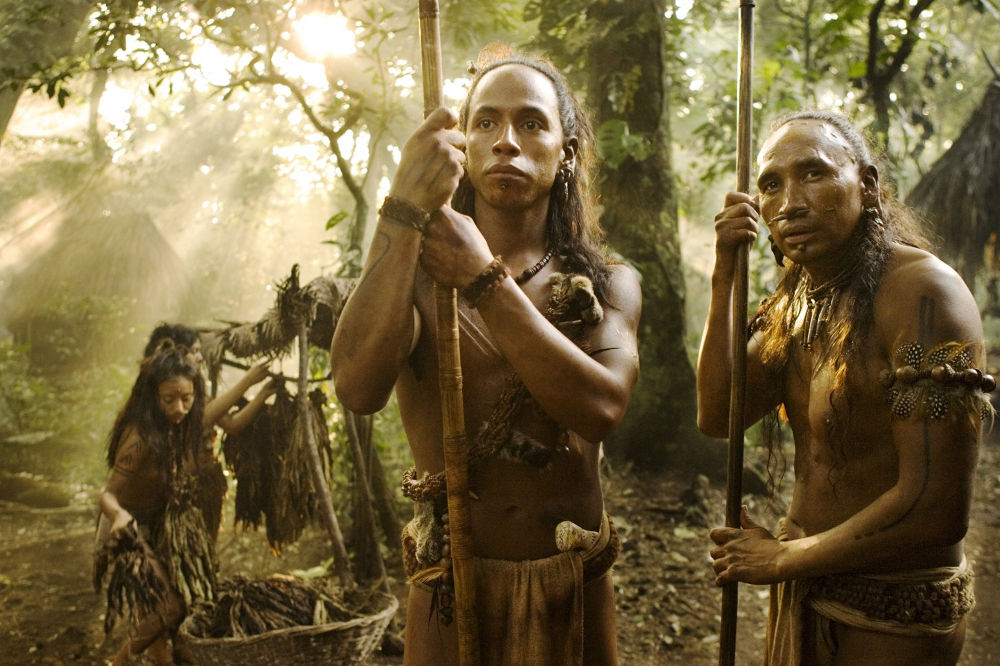 The Maya created an incredible civilization in the rainforest where it is extremely humid, with lots of bugs and dangerous animals and little water.

There they built spectacular temples, pyramids and palaces without the use of metal tools, the wheel, or any pack animals, such as the donkey, ox or elephant.

The Maya were the only civilization in the whole of the Americas to develop a complete writing system like ours.

They were only one of two cultures in the world to develop the zero in their number system and so were able to make advanced calculations and became great astronomers.

The Maya were extremely advanced in painting and making sculptures, they played the earliest team sport in the world and most importantly, for me anyway, is that we have the ancient Maya to thank for chocolate!

So no, they were definitely not primitive!

The problem with this view of the ancient Maya is that their achievements are then explained by the help of extra-terrestrial beings or other civilisations.

9. The great achievements of the Maya are thanks to the Olmecs

The Olmec civilisation is an earlier culture located along the Gulf coast of Mexico.

This myth of the Olmecs being a ‘mother culture’ for the Maya and other cultures in Mesoamerica has been questioned over 20 years ago and long been put to rest.

Excavations have shown that there were many other cultures, other than the Olmec living in Mesoamerica before the Maya and rather than a ‘mother culture’ we should be looking at ‘sister cultures’ all influencing each other.

Furthermore, Maya achievements in hieroglyphic writing and calendrics, which no other culture in Mesoamerica had seen or used, indicate that they were much more innovators than adopters.

So, if the resource mentions the above, then it is obvious that they are not specialists and are using redundant information written over 20 years ago.

10. Chichen Itza is used as the quintessential Maya site 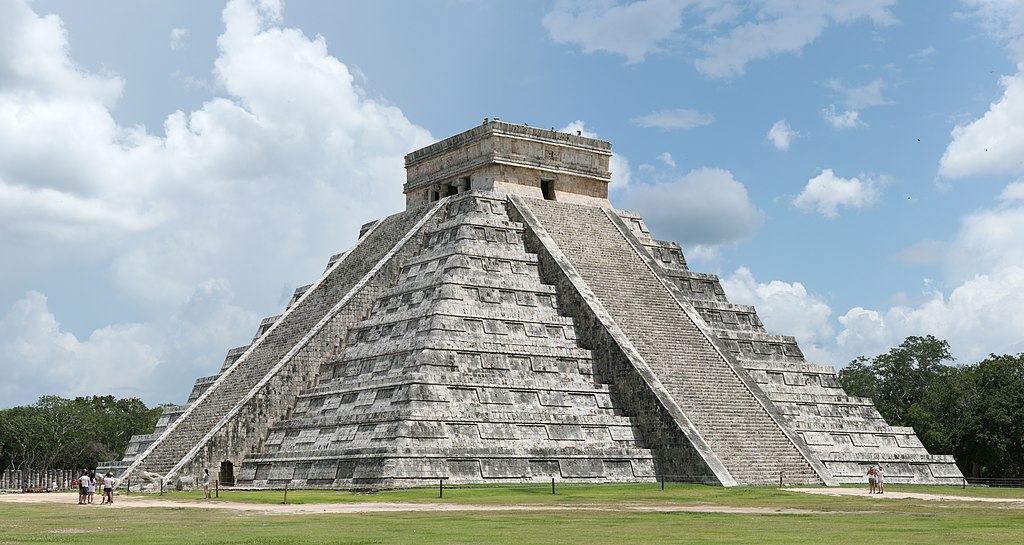 Chichen Itza was inhabited quite late during the Maya time period, about 1400 years after the first Maya city and is not purely Maya.

The city was quite cosmopolitan and greatly influenced by Central Mexico, particularly the Toltecs, who may have lived there.

Therefore, its architecture and art, such as the ‘chacmools‘ or the ‘tzompantli‘ (AKA ‘skull-racks’) actually are Central Mexican, not Maya.

A much better example of a typical Maya city would be Tikal, which was occupied for more than 1500 years.

So, if all you see on a website is Chichen Itza, chances are this is not a reliable source of information about the ancient Maya and your ‘charlatan alarm-bells’ should go off!

Want to learn more about the ancient Maya? 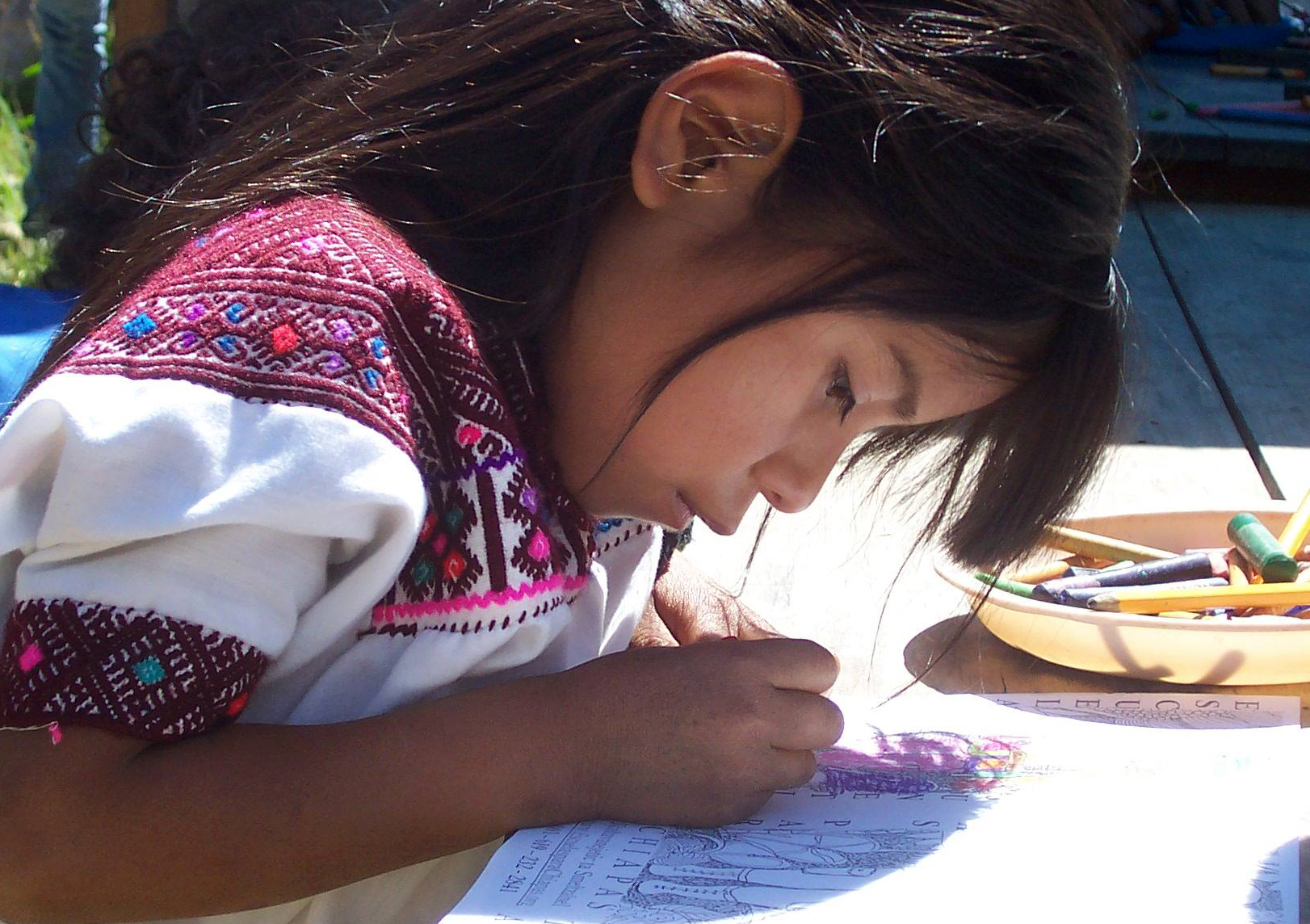 This overview of the Maya world will give you useful guidelines to do more search on the topic.

You’ll find more resources here and here, along with a list of recommending readings and a list accurate free online resources. My own scientific publications are freely available here.

I’ve worked with a number of teachers who’ve shared their material online. The following resource was written by teachers during their trip to Guatemala which I had organised with Denise Woltering from the Stone Center for Latin American Studies (Tulane University, New Orleans): Signs of Change: A K-12 Curriculum on the Contemporary Maya. It includes art activities for Key Stage 2.

Finally, to entertain kids, you’ll find 10 Amazing facts about the Maya and some quizzes to test your knowledge.

*This blog has been translated into French by Anthrostory

28 Responses to "How to spot untrustworthy resources on the Maya"